So I got my hot little hands on a copy of Red Dead Redemption today, the official release date in North America, from good ol’ Amazon.com

I haven’t gotten terribly far in the game but I’ve gotten far enough to be able to give you some initial impressions of the game.

At first, one is tempted to simply say this game is Grand Theft Auto set in the Old West, but it’s a little more complex than that.

You play John Marston, a former outlaw turned “good guy”, who is hunting down some of his old gang. Simple storyline, but well told, as almost all Rockstar games are. I gotta say, Rockstar seems to be able to do no wrong; everything the put out, virtually, is a hit. And if you happen to think you recognize Marston’s voice from GTA, you do, he played Johnny in the Lost and Damned expansion pack.

There certainly are similarities to GTA — both RDR and GTA are sandbox games that allow you to explore highly detailed and immersive environments. But where GTA puts an emphasis on handling cars, RDR puts an emphasis on shooting mechanics. You’re given a “Dead Eye Meter”, a slow-mo bullet-time type feature that slows down time and allows you to pick off foes easily. Of course, the meter drains quickly, but refills over time, and will refill faster the more kills and, specifically, headshots, that you manage to pull off. In addition, there are levels to the Dead Eye feature. Reach level two and you will automatically paint targets in slow-mo, which is arguably good and also arguably a tremendous pain in the ass and waste of bullets — but once you get to level three, you won’t have to worry about that anymore.

And it does feel a little like GTA; which is not a bad thing. If you’ve played GTA, the control system for RDR will come to you with an easy familiarity. There are also a myriad of mini-games, just like in GTA, from poker to racing, and so forth. In addition, a large part of the game involves helping “strangers” — missions which are a lot like the individual-encounter missions that existed in GTA and the expansion packs for it.

The graphics are beautiful, and, unlike GTA, which actually runs mostly in 480p, RDR does make full use of its 720p graphics. 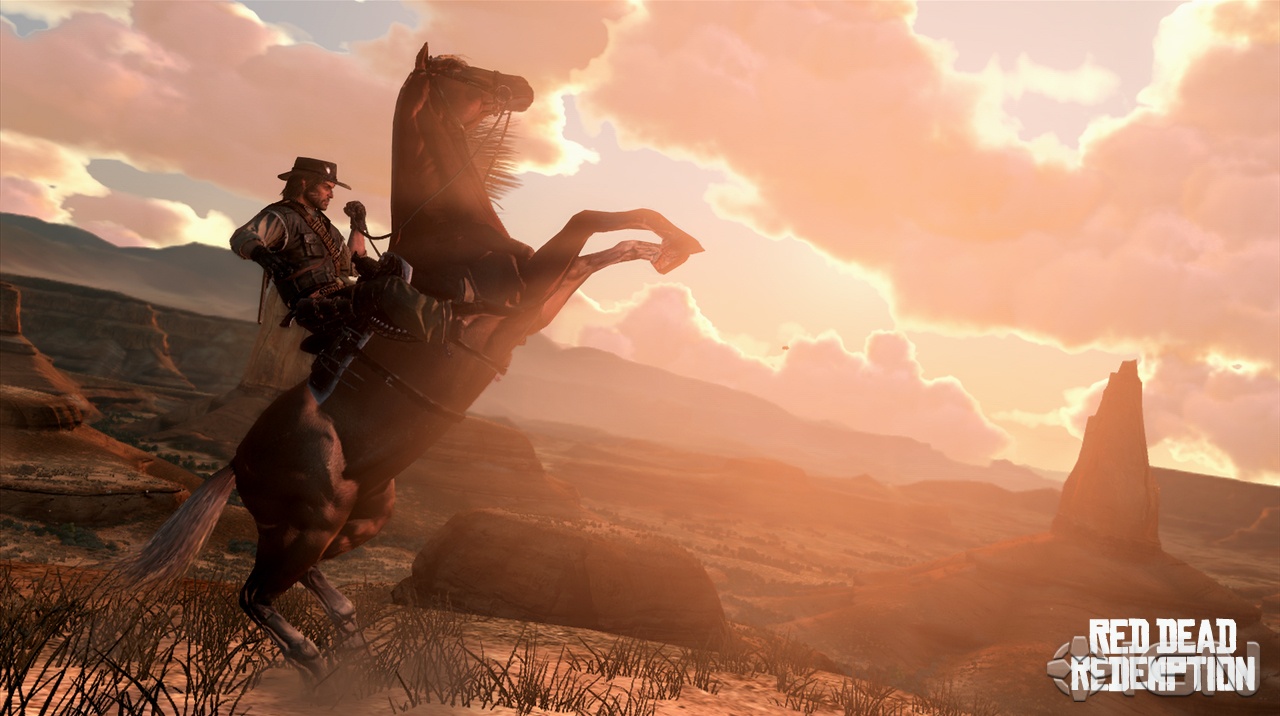 A lot of eye candy…(click for full size image)

And it’s a hell of a lot of fun to play this game. What can I say? Solid story, solid game mechanics, solid graphics. I’m giving Red Dead Redemption a 9.25 out of 10.