It’s spring training time and that means it’s time to pick up a copy of a good baseball videogame.

I, myself, loved the EA games, until EA dropped out of the race. Then I switched over to MLB 2k7 last year and I was suitably impressed; one of the lead designers for the EA series helped revamped it. The result was pretty much a clone of the EA games.

Last year, Sony tossed us MLB ’07: The Show. While visually impressive, The Show didn’t deliver on a number of promises and fell short of MLB 2k7. It suffered some of the same problems as Sony’s NBA ’08 — too far from real life.

This year, Sony is back with a vengeance with the new MLB ’08. The game has been overhauled seriously, and now it’s not just eye candy. For the record, MLB 2k8 runs at a much slower framerate than MLB ’08s smooth 60 FPS.

This year, The Show is easy to transition into. You’ll get the hang of the easy two-click pitching meter and the batting system (which, again, is largely a clone of EA’s original concept, further developed by MLB 2k7 last year). Built-in tips guide you along easily. The Show has been upgraded in every little detail. One of the most impressive things this year is the addition of an enormous amount of statistics. You have a wealth of information at your fingertips when pitching or batting to pull up. Very, very cool. 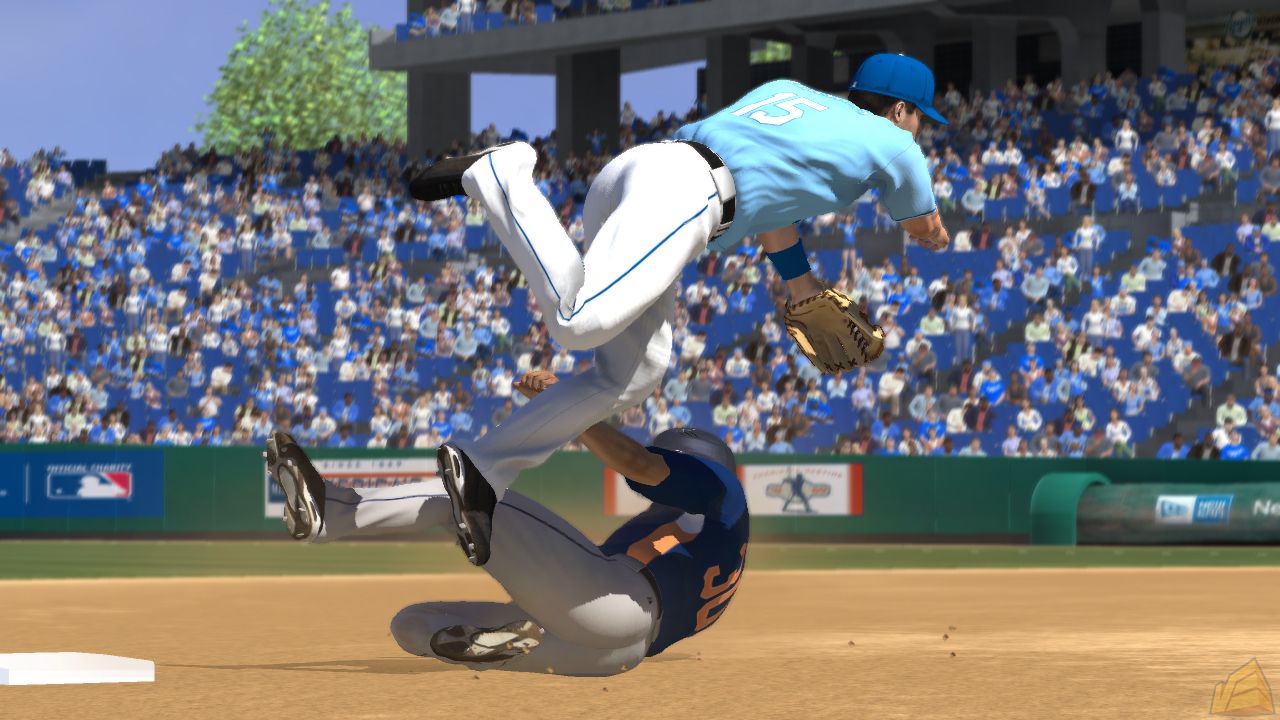 I tried MLB 2k8 very briefly and was disappointed with the framerate, the lack of improvement over last year’s offering, and went with Sony’s MLB ’08: The Show. This time, Sony got it right.

MLB 2k8 is still a solid game, and probably your only real offering unless you have a PS3 (The Show is exclusive to the PS3).

The real strength of The Show is the small changes they’ve made. A quick meter you can pull up to evaluate your last swing. The ability to save a game in mid-game. Roster updates roughly every two weeks. Give it a chance and you’ll see what I’m talking about. And often, in sports videogames, it’s the little things that make the difference.

One closing note — they’ve really done a good job redoing the popular “Road to the Show” mode, where you guide a player from the minors up to the majors. Last year it pretty much centered on hitting a lot of home runs; this year, the goals are much more varied and the mode is much more entertaining.