Singularity for the PC: Quick Review

I’m not the world’s hugest fan of FPSers, but when a good one comes along, well, it’s a pleasure to see.

Singularity is a FPSer with a bit of a twist. Made by the same folks who made Wolfenstein, they use a gimmick to make this game infinitely more fun than a regular FPS. Remember your occult abilities in Wolfenstein? Well, in Singularity, you have the “TMD” — “Time Manipulation Device” — which seems to be the big brother to the supernatural powers you had in Wolfenstein.

Using the TMD, you can age things, or creatures, levitate objects, and so on. Using the TMD effectively is- a large part of the game. 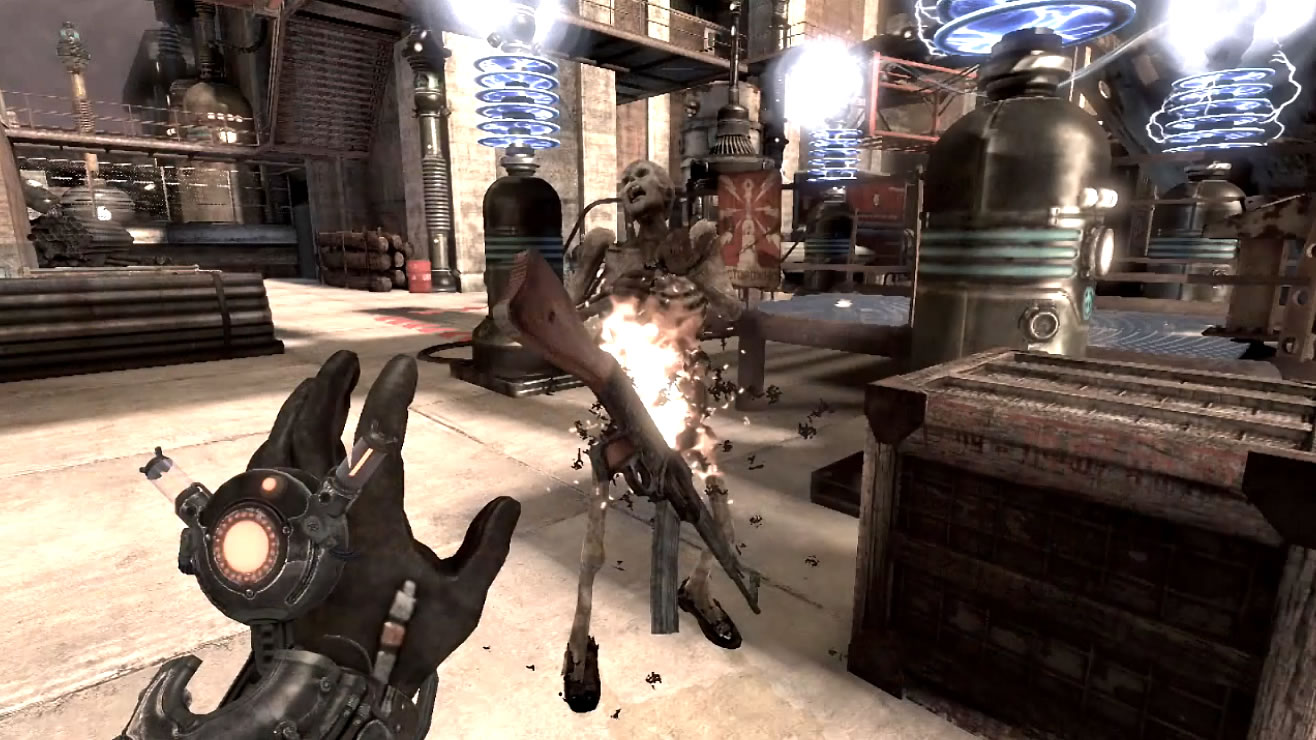 The game’s premise is rather simple; you’re on a mission to investigate a place called Katorga-12, where the Soviet Union, in the 1950s, discovered a powerful element named E99. Minor spoiler coming up — when you land on the island, early on, you are shot back into time to rescue a man — a man who goes on to harness E99’s power and drops an E99 bomb on the USA, giving Mother Russia a monopoly on power in an alternate timeline. Your goal then becomes to undo the damage you’ve caused.

Basically, Singularity is a straight-forward FPS, with the TMD thrown in, and that is exactly what makes it so fun. Rebuilding staircases and such using the reverse-aging function of the TMD provide a level of puzzle-solving to the game.

The rest of the game’s mechanics are fairly simple. Point, aim, shoot. You can get upgrades to your TMD using E99 tech, and upgrades to your weapons using “weapon tech”. You can even use E99 tech to purchase ammo, although that’s rather a waste of a substance that you could be using to upgrade your powers.

This entry was posted in computers, reviews, videogames. Bookmark the permalink.