Well, baseball season is almost here, which means the inevitable release of the baseball franchise games. The two leaders are MLB ’10: The Show and MLB 2k10.

2k10 has made great strides in the past few years, but it still can’t catch up to the unbelievable realism of The Show. This year, The Show has been upgraded ever so slightly to include slightly more realistic touches — such as the catcher violently gesturing downwards for a low pitch, new animations of all sorts, and so on.

Gameplay remains the same. Pitching is done through a meter; press once to start the pitch, press again to set the pitch strength, and press a third time to gauge the pitch’s accuracy. Swinging, again, is the same: you attempt to guess the pitch and the location, swing away, and hope you guessed right. 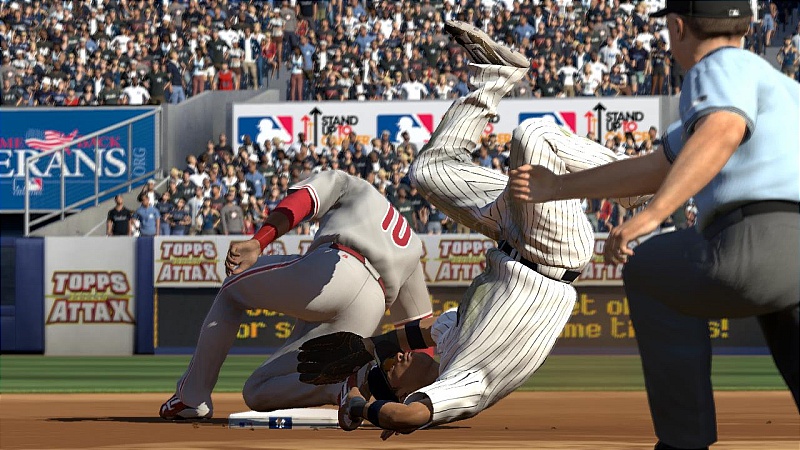 This game is so realistic I wouldn’t be surprised if someone was momentarily fooled that an actual ballgame was going on. It’s that good, it really is.