Review: God of War III for the PS3

Ah, time for another Playstation 3 exclusive: God of War III.

I haven’t played the first two installments of God of War, but I don’t think I’m missing much. The story is fairly simple. Kratos, our hero, is pissed off at the Gods and aims to take them down, along with all of Mount Olympus.

The game throws you into action right away. You’re hacking, you’re slashing, you’re using your magic, you’re even fighting a boss within the first three minutes. 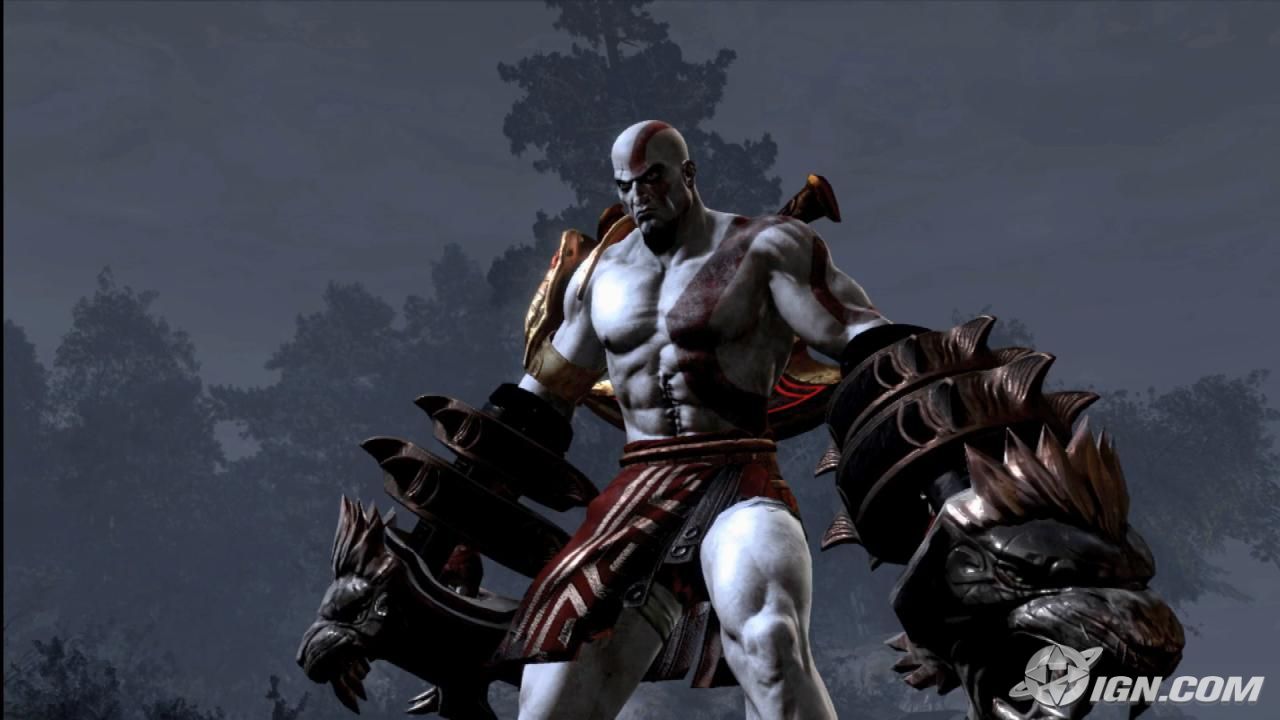 Kratos is back and he’s pissed…(click to enlarge)

Gameplay is fairly simple. Kratos has light attacks, heavy attacks, and magic attacks. He collects red orbs from enemies and chests (experience), blue orbs (magic power), and green orbs (health). Occasionally you’re going to get a special item that will have its own meter, which will deplete as you use the item and go up over time as it recharges.

Visually, the game is pretty damn intense. It taxes the PS3’s engine (you can tell by the labored actions of the system), which is saying something. But it all goes down smoothly.

God of War III is reminiscent of Devil May Cry in its use of orbs, its hack-and-slash gameplay, and its presentation of fairly straightforward but challenging little puzzles to get from one area to the next.

One downside of this game is that the “Save Altars” are a little bit too far spaced apart given how hard the game is. Other than that, the only other downside is the repetition — hacking away at enemies gets a tad boring after your third hour of doing it. But enough bosses are mixed in so that you have to think over strategy to make the game worthwhile.