Heavy Rain for the PS3: Review

This review is going to be rather brief, as I can’t really tell you much about the game without giving away massive spoilers. Suffice to say the plot involves missing children and a serial murderer.

You take on several different roles as you play this game; father of the missing child, private detective, FBI agent (with a really neat VR tool called “ARI” at your disposal), and a few others. Gameplay consists of using the various buttons and analog sticks in different combinations to reveal clues, study objects, or even just reveal what your character is thinking (holding down L2 at any point will show the thoughts floating around in your character’s head). 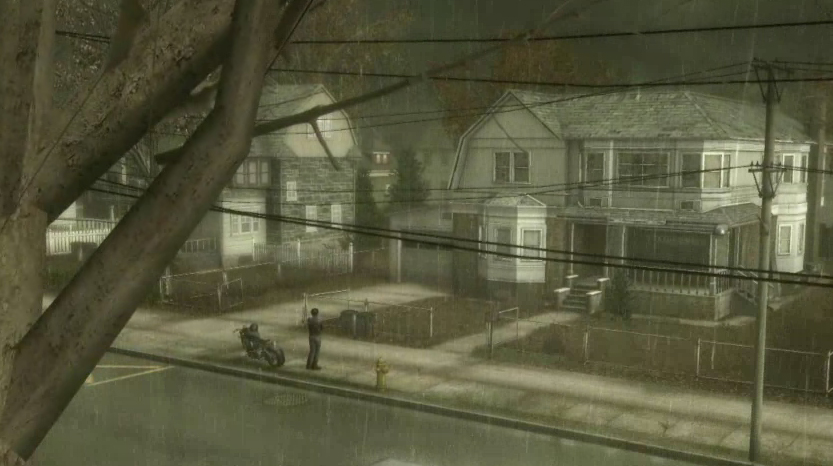 It’s raining. Heavily. Is that surprising?

Visually, the game is stunning, although I would expect no less from Sony. The downside is the interface. Walking around is a bit of a cludgy process, and using the buttons to do what you’re supposed to do can, at times, be extremely annoying, especially since the game uses SixAxis controls (and I have yet to find a way to shut off the SixAxis features). Personally, I hate SixAxis, but that’s just me. Leave that kind of stuff to the Wii, you know?

Also, another downside is that while the game promises that “every decision you make” will affect the story, that’s not really entirely true. The story unfolds in a rather linear fashion, with you simply going through the various motions of button pushing and stick-moving while not really giving you any “sandbox” sort of feel. That’s slightly disappointing in an adventure game, but, I suppose, a little bit to be expected.

The game is rated M for Mature, with plenty of violence, nudity, drug abuse, well, you name it, it’s in there. Admittedly, it does not rise to the level of Grand Theft Auto violence, but the “M for Mature” edge is definitely there. It’s a gritty, noir game, and you’ll find yourself drawn into it, I promise you.

This would be a solid A all around were it not for the clumsy interface. Also, I’ve had two instances of the game freezing and crashing on me, which I’m not particularly fond of.

Graphics: A
Story: A
Gameplay: B
Replay Value: C
Overall: B+

This entry was posted in videogames and tagged videogames. Bookmark the permalink.