With GT5 peeking around the corner, Burnout Paradise has quietly snuck under the radar. And it’s a great game. A really great game.

First, a couple of notes on the game. It supports rumble (very nicely), sixaxis control (who the hell uses sixaxis, anyway?), has a great multiplayer mode, and also allows for use of a webcam (in Sony’s view, preferably the Eye, but my Logitech worked just fine).

Now the details. Burnout Paradise is an open-ended, open-world game. Of course, when anybody says that these days, it conjures up GTA gameplay that can’t be matched. But, for a driving game, this one comes damn close. A good deal of the time you might actually feel a little like you’re playing GTA. 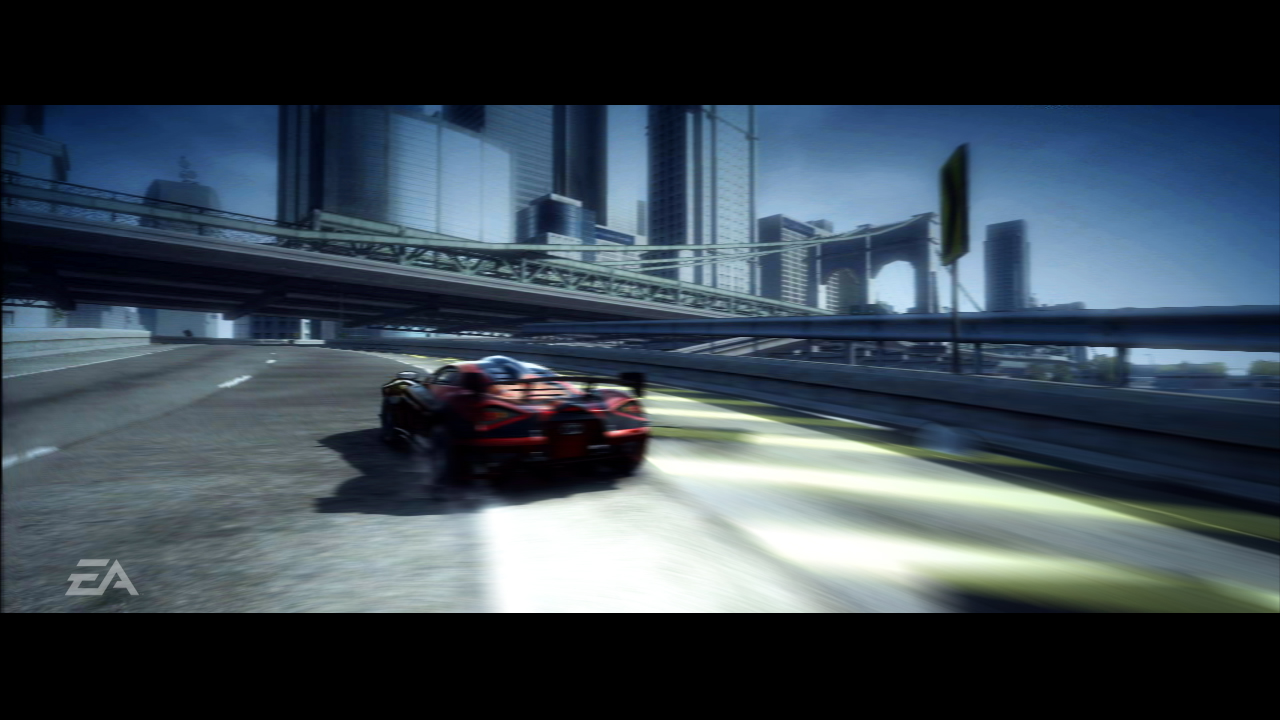 The graphics are great. Pure eye candy. Paradise City is rendered in beautiful detail, and there (so far) have been no load times in wandering the immense city.

The way the game works is simple: pull up to any stoplight, spin your wheels, and you’re in a competition of some sort. Some are straight races. Some are take-down matches (take out other cars) — with spectacular collisions (this game contains its fair share of “Oh Shnap!” moments). New cars are unlocked as you finish races, and most of them show up first on the street, where you have to take them down in open gameplay in order to win the car.

As you win competitions and cars, your license (which can contain a webcam-snapped picture of you) goes up in points and grades, allowing you to enter more events.

As in GTA, there are drive-throughs to fix your car, your nitro boost, your paint job…once you discover them, of course.

The physics of the game are great; collisions look and feel real. There are hundreds of stunts, and jumps, some hidden, some out in the open. The world is fully explorable — except, of course, you can’t get out of your car; this is a racing game at heart, and while it reminds one of GTA — it ain’t GTA.

Also well done is the soundtrack. It has, of course, Guns ‘n’ Roses singing Paradise City (duh), but also a good deal of other great driving music.

This game gets a 9 all the way around. And after playing the demo of Turismo 5…one wonders if the old “ultimate driving simulator” has maybe seen its day come and go.

And, just to add this, a 9 all around on a racing game is a high score for me, because I’m not a big racing game fan. I never have enjoyed the Need for Speed series, for instance (with the exception of Hot Pursuit).